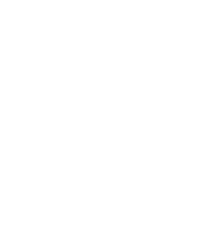 Michael commenced pupillage on 1 December 2020.  He was offered and accepted tenancy at the end of November 2021.  Michael has been involved in both public and private law proceedings and has represented local authorities, parents and children.

Prior to commencing pupillage Michael has served as an elected ward councillor on a local authority where he also sat on the fostering panel.  He supported local residents with matters ranging from housing and finance to access to health services, advocating on their behalf and providing advice and guidance.  Additionally he served as the vice-chair of the Tees Valley Combined Authority Governance Committee and as a board member of the North Yorkshire Moors National Park.

Michael is also a registered pharmacist who has worked extensively in a community setting and previously in the mental health sector which included work with specialised addiction services.

Michael won a number of awards upon completion of his undergraduate studies including an Outstanding Achievement award for obtaining the strongest marks on his course.  While studying for the BPTC he won the regional round of the WebMD Mooting competition.  He graduated with an Outstanding award.