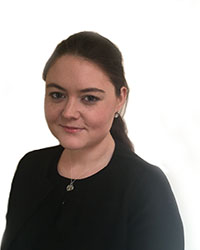 Melissa became a member of Amicus Chambers in May 2018 following completion of pupillage within the set.

Melissa has acted in both Private Law and Public Law children matters, representing Local Authorities, parents, grandparents and children. Melissa has also represented parties in applications for injunctions, including non-molestation orders, and injunctions pursuant to the Protection From Harassment Act 1997.

Prior to starting pupillage, Melissa worked as a County Court Advocate, and represented parties in civil matters such as mortgage possessions, return of goods, infant settlements and small claim trials. She also worked as a Family and Criminal Injury Compensation Paralegal at Newcastle Law Centre.

Throughout her legal education, Melissa volunteered at the Newcastle Law Centre, where she assisted their Immigration and Asylum team; Witness Support, where she supported victims and witnesses of crime; and the Personal Support Unit, where she helped Litigants In Person through civil and family proceedings. Melissa undertook a work placement with Baroness Newlove in the House of Lords, which was focused upon the experiences of victims of crime in the Criminal Justice System, and following from this, the Ministry of Justice, with a similar focus. Melissa therefore has a wealth of experience working with vulnerable clients and an interest in ensuring that clients are treated well and fairly throughout the legal process.

In addition, Melissa undertook a 3 month Internship with Lawyers Without Borders in Connecticut, USA, in 2015, where she worked in International Human Rights, on projects to combat human trafficking and elephant poaching. She consistently mooted throughout her time at university, and represented Northumbria University at the D.M Harish Memorial Government Law College International Moot competition, held in Mumbai, India. Melissa was also a keen negotiator, and won the Newcastle University Negotiating Competition 2012, and went on to represent the University in the regional competition.