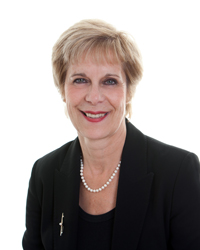 Elaine joined Chambers at its inception in 2000. Retired March 2021.

She qualified as a solicitor in 1987 and was head of the family department, specialising predominately in care cases representing guardians, parents and other interested parties. She became a member of the Law Society Children Panel in early 1992.

Upon being called to the Bar, Elaine has continued and developed her care practice, representing children, guardians, parents, other interested parties and also local authorities. She works extensively with sexually and physically abused children, and also with parents who have learning difficulties, in particular she has BSL (British Sign Language) level II, and has been specifically briefed for deaf clients. Elaine also accepts instructions in respect of private child law.